An exciting and varied programme, taking place from 27 – 29 September 2019 at popular resort music venue Moon on the Water, Cleethorpes.

This year we are hosting the festival at popular music venue, Moon on the Water, which offers an enviable location on the sea-front, great food and a relaxed and welcoming atmosphere.

A great-value weekend pass will allow you to enjoy an extremely varied main programme, featuring impressive new talent that is making a real impact on the scene, as well as sets from British Jazz stalwarts.

Quality accommodation is also available throughout the resort, including B&Bs, hotels and holiday parks.

Cleethorpes Jazz Festival is produced by The Culture House and is supported by Arts Council England, Jazz North and Docks Beers. 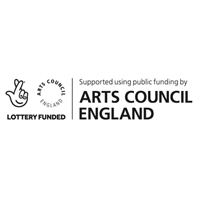 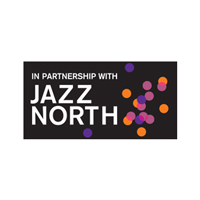 Tickets can be purchased online by clicking the “BUY TICKETS NOW” button below or from Cleethorpes Tourist Information Centre at Cleethorpes Library (by phone or in person). Tel: 01472 323111.

Delicious vegan menu served throughout the weekend, plus a full bar with craft beers and special offers available.

Parking is available on the promenade and also in ‘Wonderland’ car park.

Täpp creates its own unique sounds, looping them live while experimenting and improvising. Their music covers everything from Baroque/Classical and jazz to folk, ambient, drum and bass, funk, and world music.

Tonight experience the Täpp Collective’s violin and piano duo featuring Rebekah on violin and Alex Hill on piano and loops.

Musician and producer Wonky Logic, aka Dwayne Kilvington, is an upcoming force on the left-field hip-hop scene – blending soulful electronics with crunk beats. Owing as much to sample-culture as to his background as a jazz pianist, he is joined by Sons of Kemet drummer Nachè, improvising and channelling electronic jazz dance music.

Acclaimed vocalist Randolph Matthews and band perform songs from his 2018 album ‘Untamed’ which thrilled audiences and critics on its release and which led to his nomination for ‘Best Jazz Performance’ at the 2018 Jazz FM awards ‘for his wit, heart and flawless vocal energy’. Randolph will also preview material from a new dynamic modern composition about the life story of the black World War One hero, called ‘Walter Tull in B major’.
With stellar musicians Alcyona Mick – piano, Tristan Banks – drums and Vidal Montgomery – double bass

Jazz singer/songwriter Jeanie Barton was voted Best Newcomer at the Marlborough Jazz Festival in 2015; she visits with Stephen Sherriff on keys/saxes to perform her emotive original material alongside swinging popular standards.

Described as “the unsung heroine of British Jazz” by esteemed jazz critic Ian Mann, renowned jazz pianist and vocalist Wendy Kirkland will be performing songs from her new 2019 album ‘The Music’s On Me’.

David Newton began his musical career in theatre before switching to jazz piano and after making his first recording with Martin Taylor and Buddy De Franco, was persuaded to move to London by his old Leeds College room-mate, Alan Barnes. Thanks to an award winning album with Scottish singer Carol Kidd, Newton gained a reputation as an accompanist for singers and as a direct result, has developed his insight and affinity with the Great American Songbook. The trio format of piano, bass and drums has been the backbone of virtually all his musical endeavours since 1978 and it remains his favourite.

Newton has fifteen albums in his name and collaborated on over eighty with other artists. He was made a fellow of The City of Leeds College of Music in 2003 and has won the British Jazz Awards fifteen times.

Cleethorpes Jazz Weekend are delighted to present The Mark Cherrie Quartet – fronted by steel pan master Cherrie. The quartet’s album ‘Joining the Dots’ received no less than four stars from Observer jazz reviewer Dave Gelly, also making it onto his list of the top ten jazz albums of 2018.

As well as Cherrie’s obvious skill and versatility on the pan, the album features some of the best British musicians around and includes work by Herbie Hancock, Wayne Shorter and Miles Davis, as well as originals.

Cherrie’s father Ralph incidentally, in 1967, was co-responsible for the creation of the Notting Hill Carnival, when he took to the streets of Notting Hill with Russ Henderson & Sterling Betancourt, steel pans around their necks. Their legacy lives on in the sounds of this vibrant and powerful band.

Hastings based Liane Carroll has been a pillar of the British jazz and soul scene for over thirty- five years and has dedicated her career to creating a deep and abiding connection with audiences all over the world through her exceptional talent, versatility and ability to truly interpret a song.

Her illustrious career has seen her tour the world including an appearance at New York’s renowned ‘Jazz at the Lincoln Centre’, being awarded an highly coveted ‘BASCA Gold Badge Award for Services to British Music’ (2017), appearing at The Royal Albert Hall for the BBC Proms (2016) and being a regular headline performer at Ronnie Scott’s Jazz Club, London for more than 25 years.

Liane’s most recent album ‘The Right to Love’ (2017) reached no.1 in the iTunes jazz charts and received rave reviews including ★★★★ from The Guardian, The Irish Times and The Evening Standard.

Equally at home in intimate jazz venues and vast performance spaces, Liane maintains a hectic touring schedule and is in much demand at home and abroad.

A project led by stand-out Leeds based saxophonist and composer Emma Johnson.

Emma’s writing displays a contemporary sound rooted by infectious melodies – the group have been described as demonstrating a “strong and joyful bond, immediately apparent in their sound”. Gravy Boat is a band that aspires to create and perform melodic, accessible jazz that anyone can enjoy.

Having been selected by ‘Jazz North’ as one of this year’s ‘Northern Line’ acts, Emma Johnson’s Gravy Boat are currently sailing around the UK performing at many prominent festivals before setting to work on their debut album, due for release in 2020.

Rafe’s Dilemma brings an eclectic mix of Jazz, Electronic Music and Rock, to create an excitingly fresh and intriguing sound.

Certain to be an entertaining and immersive experience.

Alexander has performed twice as a soloist on the BBC Proms, including ‘The Last Night of the Proms’, performing two of his orchestral arrangements broadcast to millions on BBC Two. This year, he finishes his jazz studies at the Royal Academy of Music.

Alexander leads his own band, SAID SKELETON, who are recent winners of the DrakeYolanda Award and who are set to release their debut EP later this year.

With 15 studio albums to his own name in a career spanning three decades, Ian Shaw is widely regarded as one of the best jazz vocalists the UK has produced. He is also a talented pianist, song writer and record producer.

Shaw’s recordings and live performances as a jazz singer have been recognised by two BBC Jazz Awards (2004 and 2007), a Parliamentary Award (2018).